I’m Steve Gableman, but for now, I’m calling myself Steve Gainer. I’m an FBI agent, but I’m not sure for how much longer. A few months ago I was injured in the line of duty. I know it’s always a risk, but no one really expects it to happen to them. I thought I was being realistic, knowing it could happen to me, but still, it wasn’t like I expected. I always thought I’d have some down time, and I’d be back on duty.

But that’s not what happened. I’m back on duty, but it’s light duty. Not much better than sitting behind a desk. I hate it. But at the same time, I’m not sure I’m ready to jump back in and risk life and limb for the good of my country and its citizens. I almost died, but in the big picture, I don’t know if it made much difference to win this one.

I still have time to figure things out. For now I’ve been assigned to surveillance. But I’m not pretending to be a drug addict or petty criminal. No. I’ve got a room full of top grade equipment, in a fully furnished house. Hot and cold running water. A full fridge. I can cook three meals a day. My team is close by, a cell-phone call away, twenty-four seven.

The tip line got a report about the owner of a hydroponics store making plans to build a bomb, and it’s my team’s job to discover the target, and arrest all the perps, not just the leader.

It’s my assignment to do surveillance on the bomber’s neighbor who lives on the other side of his duplex – every few days he gives her a bag, then quickly leaves. I need to find out if she’s involved, and if she’s not involved, use her to find something out, after all, they share a wall. I’m going to close my file soon, I’m sure she’s clean. In fact, from what I’ve seen, she’s so clean she probably squeaks.

I’ve never been so bored in my life.

But I have a feeling something’s going to change…

My Story Title:   The Other Neighbor

My Story Released:  November 2018 ~
coming up on an anniversary!

The Author of My Story:    Gail Sattler 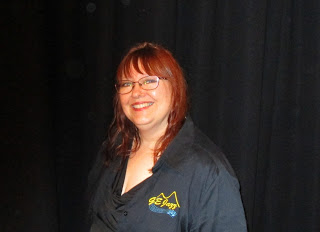 Gail Sattler lives in Vancouver BC Canada (eh!) where you don’t have to shovel rain. When she’s not madly writing (Gail Sattler has over 40 published novels and novellas, plus a few works of non-fiction) she plays bass for an Elton John tribute band as well as a community jazz band, plus she plays piano for a smaller private jazz band. When she’s not writing or making music (or at her day job) Gail likes to sit back and read a book written by someone else, along with a good cup of hot coffee.

journeystojoy will be honored to gift a drawing winner an Amazon gift card within the U.S.

Be sure to leave a comment with an email address where you can be reached should you win.

6 thoughts on “My Story BEFORE The Story ~ Steve Gableman… Gainer? ~ The Other Neighbor”