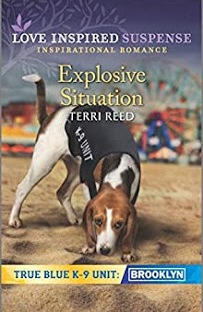 HENRY
Hi there, I’m Henry Roarke. I’m a K-9 officer in the bomb squad division for the newly formed K-9 Unit in Brooklyn, New York. My parents divorced when I was very young. My mom was more interested in her own happiness than taking care of me so I bounced back and forth between my parents’ homes. My mother lives in Michigan and is remarried with no other children. Though my father stayed in Brooklyn, he remarried several times and had a child with the last wife. That marriage lasted for 13 years before my father and stepmother were tragically killed in a car accident, leaving behind a 12-year-old daughter, Riley.

Growing up, I always longed for an intact family, so there was no question that I would take in my little sister. I was twenty-five and already with the NYPD with a serious girlfriend, but she wasn’t interested in a readymade family so she dumped me and I decided I wouldn’t try romance again until Riley was on her own. I moved to the K-9 unit and was partnered with the best little bomb-sniffing beagle in the world, Cody. Okay, I’m biased, but he’s had my back more often than I can count.

I want to be a good parent, which is proving difficult to a now 18-year-old girl. I’m protective of Riley, though she tells me I’m smothering her. I’m afraid of failing her. I just want to make sure she never feels neglected or alone the way I did when I was a kid.

Now I’m being set up for a crime I didn’t commit, and I must navigate internal affairs while keeping Riley safe from some maniac who keeps taunting me with texts and bombs. But the investigating officer, Olivia Vance, is determined to know every aspect of my life. She’s become a complication I don’t need even as I find myself attracted to her. I’m not sure which is more dangerous, the bomber or my growing feelings for Olivia.

Olivia
Hello, my name is Olivia Vance, I’m an investigator for the NYPD internal affairs. I’m the middle child of five, two older brothers and two younger sisters. My father’s a captain at the 120th precinct on Staten Island. My mother stayed home to care for her children but was always busy with church and other charity functions, which left me to ride herd over my siblings. Two of my brothers are law enforcement officers in Manhattan. One sister is with the DA’s office in Manhattan and our baby sister is a paramedic in Brooklyn. We gather for family meals every Sunday.

I followed my father and brothers into law enforcement and at my father’s urging went into internal affairs because it was the quickest way to move up the ranks. I married a dentist. He seemed to understand my drive and wasn’t put off by the long hours of work. I wanted to start a family and he refused. We drifted apart. I dragged him to counseling and we tried to bring back the spark. Or at least I thought we were trying. Then he was killed in a plane crash with his mistress and I realized I was the only one fighting for our marriage.

Eight weeks ago, I was promoted and put on a new case, investigating Henry Roarke. Almost the same day, I discovered I was pregnant with my deceased husband’s child. I’m overwhelmed by the future as a single parent and will need to lean on God and my family more than ever. But I also need to prove myself as an investigator so sticking close to Henry and observing how he operates is a must, especially as there’s a mad bomber on the loose who’s targeting those close to Henry, including me.

The Author of My Story:    TERRI REED 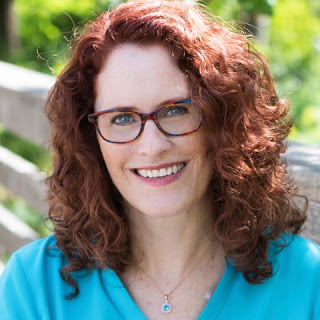 Her novel A Family Under the Christmas Tree was adapted into a Hallmark movie and retitled Picture a Perfect Christmas in 2019.

She is an active member of Romance Writers of America, American Christian Fiction Writers, Novelist Inc. and a member of the Authors Guild.

She resides in the Pacific Northwest with her college-sweetheart husband.

When not writing, she enjoys spending time with her family and friends and agility training with her dog.

The author will be honored to gift a winner a $10 Barnes and Noble gift card
and a signed back-list book.
ONLY COMMENTS WITH EMAIL INCLUDED ARE ELIGIBLE TO WIN!!!
DRAWING TO BE HELD WEDNESDAY EVENING ~ July 15, 2020